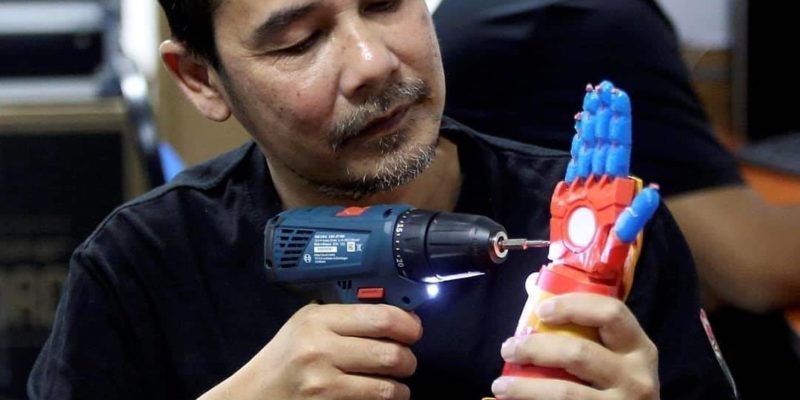 A former primary school teacher became a prosthetics limbs inventor by using 3D printing technology. Mr. Sujana Rejab has helped over 50 children from underprivileged backgrounds to overcome their embarrassment of being handicapped, from missing an arm, by fitting them with robotic arms for almost free.

Sujana does not have a formal education in electronics, 3D printing or in prosthetics. However, he learned all these online.

Sujana Rejab started his career in education, as a primary school teacher in the Klang Valley. He then left the educator role, in 1997, to work in a computer company before starting out his own small computer business. In 2011, his father became ill and he moved back to his hometown in Taiping, Perak, to look after his father. While in his small hometown, Sujana had to figure out how to support his family.

After googling online, he found that prosthetics limbs can be made with 3D printing technology, at a fraction of the cost of a normal prosthetics. At that time, 3D printers were not easily available as it is now. Sujana learned all about 3D printers and built a 3D printer with his wife.

Not only did he learn 3D design, but he also learned electronic engineering online in order to create a prosthetic arm with electronic sensors, popularly known as a robotic arm or bionic arm.

He credits his knowledge to the “University of Google”, where YouTube became his source of knowledge, and his “professors” are fellow YouTubers who were sharing knowledge on how to create a robotic arm (also known as a bionic arm).

An Educator At Heart

Even though Sujana is no longer a teacher, he is still an educator at heart. His motivation to provide robotic arms to children is to instill confidence in them and motivate them to attend school.

He said, “Imagine these kids with their electronic robotic arms, they’re happier and more confident going to school. With these, inshaAllah, with education, their future is brighter in the future.”

What’s even more amazing about Sujana (who is fondly known as ‘Pak Su’) is that he has turned his know-how of inventing bionic arm into a social business. He focuses his efforts on providing the prosthetic arm to children of underprivileged families.

The family only has to pay a small fee, in accordance with what they can afford, and the rest are sponsored through donations and corporate sponsors.

A typical bionic arm costs at least USD10,000 but he provides the arm to these children for almost free.

Unlike foreign and commercial-based bionic arm, Sujana’s bionic arm, through his company, Delta Bionics, cost only RM5,000 each (approximately USD1,200 each), which is only a small fraction of the market price.

He wants to ensure that the bionic arms remain affordable, especially as the users are children from low-income families, who may not be able to afford replacement parts if a mishap were to occur to the bionic arm. After all, children love to play and would not be so careful in handling a pricey item.

For this to happen, he is raising funding through donations through Sadaqa House, a Bank Islam charity and social finance initiative. Sadaqa House will manage the donations received, in order to ensure that they are not misused.

How You Can Help:

If you know of someone who would qualify for a bionic arm, do contact Sujana directly, on his company page, Delta Bionics.

You can also take part in this social business. You can choose to donate, through

Sadaqa House  Bank Islam. Please make a note that your donation is for Myvista or Tangan 3D.

Remember, he needs to raise RM250,000 to make 50 bionic arms for children of poor families. Hence, please do share this information and give sadaqa for this cause if you can. Do not forget to note that your donation is Myvista or Tangan 3D to make sure that your donation goes to fund this particular cause. 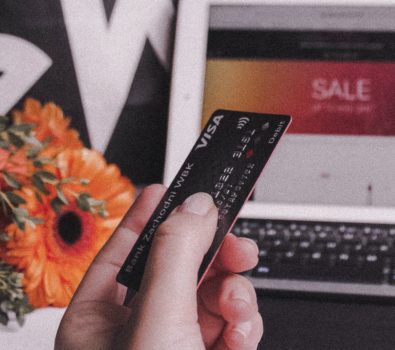