Muslim will dominate in the world in 2050 was the title given to me to write the cover story of Milenia Muslim magazine in 2009. At that time, it was just  something that came out of our frustration for not being able to do anything for Palestine. This is now becoming a reality

But today amidst state sponsored terrorism, which is not a new normal in Palestine. It is the same old story. Cowards with automatic weapons and heavy artillery are still demolishing people’s homes, killing innocent lives, women and children are fair game. Targeted assasination is not rare. Even Yasser Arafat the Palestinian Liberation organisation leader did not die of natural causes.

I can go on and on about the atrocities committed to our Muslims brothers in Palestine, and you will get so furious but nothing will come out of it. Jerusalem will still be under occupation, Human rights trampled but not a finger is lifted to do something about it. Yes of course, condemnation will be issued for political mileage. But as for action, we can’t do anything because we are bound by international law.

The sad part is there are Muslims who thinks the palestinian are terrorist. They are Muslim who thinks we already have Makkah and Madina so what do we need Al Aqsa for. So our Muslims brothers continues to be subjected to state sponsored genocide simply because we decided it does not affect us. We just take care of ourselves and we will be fine. What about our Palestinian brothers and sisters. Just change the channel and watch some K-Pop and in a few seconds we will forget all about it.

In All fairness, the Arab leaders are doing their best to calm down the escalation. But our late Muamar Gaddafi explain the attitude of Arab leaders in the best possible manner.

For a balanced view of the current crisis, watch the short video below:

The beginnings of Colonization of Palestine: by Britain and Israel

Have you ever wondered why nations such as the US, Canada, Australia, and their former colonizers of Britain, France, Germany, Spain are in support of Israel?

As Muslims, do we really want to see modern day genocide take place before our eyes of our brothers and sister in faith? Do we really want to let our brothers in Islam suffer the same fate of the Aboriginies of Australia, Native Americans of the US and Canada? Devoid of their own sovereignty, losing more of their own country to immigrant colonizers? And take our beloved Masjid al-Aqsa from the hands of Muslims?

For a detailed explanation, watch the 12 minutes video below:

The Main Cause of Palestinian Oppression

We often hear that the cause is Muslim can’t unite, we are always fighting over little things. We do not have military might, we don’t have this we don’t have that? That is not the real problem. We should ask why can’t we unite? These are all symptoms but not the real cause.

The situation that Palestine is in is not their fault. But it is the result of a sinister and meticulously planned scheme to usurp the holy land of Juresalem. In order to accomplish anything in this world, you need support, somebody who backs you, and clear your path for you. Their patronage deter any threats and make you invincible.

That is what the terrorist State of Israel has that Muslims do not. We used to have a leader that protected Palestine and it was Sultan Abdul Hamid. But it cost him his throne for protecting Palestine. Most of the job of removing the protector of Palestine was done by Muslims themselves.

A University in Beirut called the American University of Beirut deserves the credit for this, it nurtures nationalism in its students. This was even acknowledged by Lawrance of Arabia in his memoirs who has this to say about AUB “Quite unintentionally AUB taught revolution”. 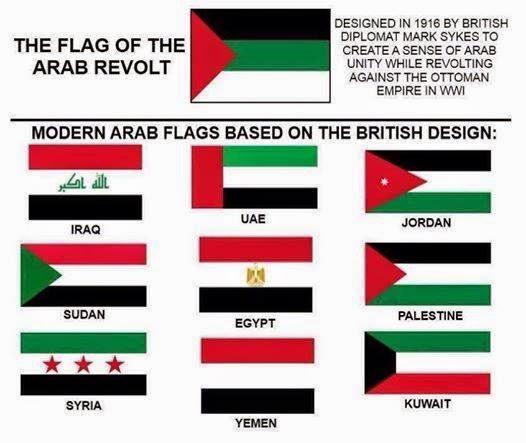 So, with the fall of the Ottoman Caliphate Muslims are just like orphans, anybody can do anything to a Muslim and it will be tolerable and accepted. Simply put, we lost the only bastion of Islam.

The most unfathomable thing is we help, put the Ottoman Khilafah to sleep. And then we bind every Muslim nation with the idea of nation State. We sold our sovereignty to the United Nations, which is supposed to be fair and just. So from one single Ummah, we are divided to bit and pieces of nation state.

These nation states are designed in such a way that the sentiment of superiority is always present. Brothers are boycotting brothers, such as the Qatar Diplomatic Crisis .

According to PEW Research Centre by 2050. Islam will be the fastest growing religion in the world. How fast? By 2050 Muslim will increase by 73% and by 2070 the number of Muslims will exceed the number of Christians.

This research shows that Islam will have the numbers by 2070 but if we can’t liberate Palestine by then, then we deserve whatever humiliation.  But do we have the quality of Muslims that we need to make the Muslim Ummah respected, referred and revered.

Looking at data, it only tells you projection, what will happen in the future. Without a doubt Palestine will be liberated InshaAllah sooner than 2070. We have all the great minds in this world. Why does Palestine have to be under occupation for more than 70 years?

That is because we are losing the information-news battle, this issue itself, it is repeatedly described as a conflict when there is none. It is not a conflict it is oppression at the very least. Palestinian should not be referred to as Palestinians.

The antagonist should not be referred to as Israel, we should call a spade a spade. It is a terrorist state. We should use this term until it become a synonym with their nation

They are in actual fact should be called Al Murabittun that is their status, regardless of their flag because they guard Al Aqsa for the Muslim Ummah. Al Murabittun is someone who is ready to fight at the fortress or post. Every single one of them can be classified as Murabit. Women, children of all oppressed people. They are risking their lives for defending the trust of the Muslim Ummah the Masjidil Al Aqsa.

The only sure thing is Palestine will be liberated, What will happen in 2050 all depends on the quality of Muslims we nurture. If it is business as usual, then things will not change. We need to put the Quran first, not just parroting it everyday without a clue to its message. But really try to understand what the Quran is trying to say.

What will happen to the Jews will they all be thrown in the sea? First of all, a land that is developed on theft, can never have peace. If we use history as a benchmark they Jews are going to do better then they are now. Judaism’s golden age which gave birth to many great Jewish scholars was during the Islamic rule in Andalus. It is the Zionist that has to worry sooner than they think.