What were once dry sandy deserts in Sudan have now been transformed to green fertile land suitable for agriculture. Part of the new farmlands were transformed from mere desert thanks to the investments made by the Awqaf al-Rajhi, the endowment foundation by the co-founder of Al-Rajhi Bank, Sheikh Sulaiman Al Rajhi.

A Malaysian engineer, Zuraimi Isa, headed the Water Management Department of Al Rajhi Agriculture And Infrastructure Ltd the company under the the endowment group. The company paved the way for agricultural investments in Sudan via Al Rajhi International for Agriculture Investment (RAII).

It is part of the Awqaf Al Rajhi which aims to provide  food security to Saudi Arabia and improve the agricultural infrastructure for neighbouring countries that could use investments to improve their agricultural productivity as well as to contribute to solving the living hardship in neighboring countries.

According to Zuraimi, Sheikh Sulaiman al Rajhi’s vision is that “in the future, people won’t fight over oil, they will fight over food.”

“In the future, people won’t fight over oil, they will fight over food.”- Sulaiman Al Rajhi

Halalop Editor, Shahfizal Musa, spoke with Zuraimi Isa to learn more about his experience there.

Zuraimi Isa is a local graduate, having graduated from Universiti Teknologi Mara (UiTM) with a diploma in engineering. He is originally from Kelantan. He started his career in Malaysia as an operations and commissioning engineer with a Japanese company that had projects in Malaysia, before being offered a job in Nigeria by the same company. He did not hesitate to take on the job, even though it was far from home. After that he returned to Malaysia before taking on another job with the Japanese company in Oman and then in Dubai, UAE.

Zuraimi then moved to Saudi Arabia to work with Awqaf al-Rajhi (legally known as Awqaf Sulaiman AbdulAziz Al Rajhi Holding Co.). His motivation to work for the waqaf (plural as awqaf) is motivated by deen over dunya.

“I took a forty percent pay cut by moving from my previous position in Dubai to work with the Awqaf al Rajhi group. Alhamdulillah, I did it more to earn good deeds for the akhira than just to chase for money in the dunya (this world).”

“Alhamdulillah, even though the money is less, it is more blessed. I get to have more savings here than I did when I was paid a higher salary in Dubai. Life is more peaceful here.”

In Sudan, RAII was awarded approximately half a million feddans of desert land in Al Kafaa and Al Ghabah regions to turn it into fertile farmlands and upgrade and improve the productivity of the local agricultural outputs. Feddan is the unit area used by Sudan, Egypt and Oman, and is approximately 1.03 acres per feddan.

In the al Kafaa region which is close to the main source of water, the Nile river, the longest river in the world, Zuraimi and his team used irrigated water from the Nile river to the desert farming areas via canals and sub-canals.

In the Al Ghabah region, Zuraimi and his team bore deep wells, ove a thousand meters deep, to supply water from underground water. For both cases, the electricity used to pump the water were based on solar energy.

The next step was to do soil reclamation where the land was sprayed with water 21 days per month to supply moisture. The spray is based on a center-pivot system where the pivot rotates in a circle to spray water to the crop. With this method, a very large circle of farm can be watered with just a short irrigation pipe. The agricultural land are used to plant wheat and alfalfa.

Zuraimi also shared his life experience working in Sudan. He said that in the areas that he worked in, “there were more animals used as transportation than cars. The areas were not developed and with these projects, it helped the local communities be more developed and be better off.”

“I was also too shy to wear nice clothes while working there. I only wore worn out clothes, out of respect for the local people.”

Sheikh Sulaiman is a well known philanthropist in the Muslim world. He is the co-founder of Al-Rajhi bank, which he founded with his brothers, and is a billionaire who gave away his wealth through his waqf foundation.

“I had the privilege of meeting Sheikh Sulaiman several times during my career at the Awqaf. He is a very down to earth person, and is a very generous person.”

“Once when we were working on the farms, the local farm animals wanted to graze on our farms. We chased them away from the farms. However, at that time Sheikh Sulaiman came to visit the farms, and saw us chasing away the animals.”

“He then scolded us for chasing them away. Sheikh Sulaiman said that anything that has a belly can graze and eat from his farms for free.”

Zuraimi then added, “Sheikh Sulaiman’s vision that energy will not be as important as food is becoming true. Energy can now be sourced from anywhere with solar power, and cars can now run on electricity. So food source becomes more of a priority.” 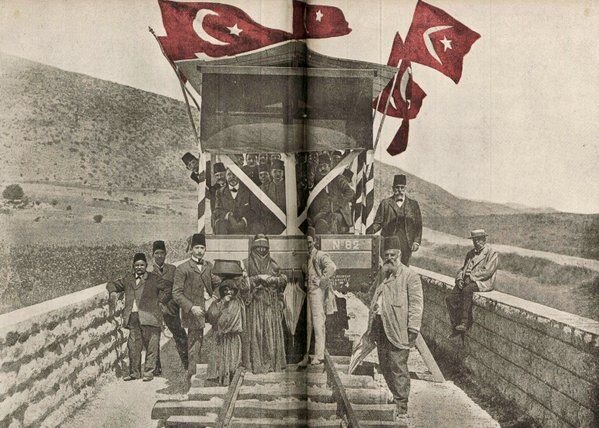