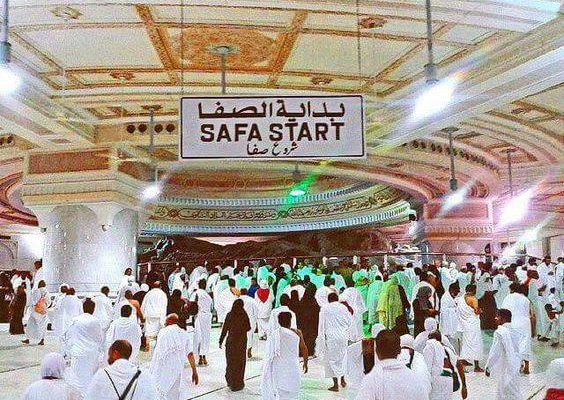 Why do we run up and down the mountain of Safa and Marwah?

When Ibrahim(as) left his wife and his son Ismael(as), Hajar(as) made use of the small amount of food that he left with them. After a short while, they ran out of food and Hajar(as) was breastfeeding Ismael(as), soon her milk was drying up. She could not provide milk anymore because she is also thirsty and hungry, Ismael(as) began to cry as he is hungry. At that moment Hajar(as) could not bear to see her son agonizing in pain. So she left him and started climbing up the hill in search of help.

A hill which was later called a Safa. She climbed on top of that hill to see if she can see anybody in the horizon. She would look left and right and would not see anyone. So she would climb down the hill and when she reach the valley she would tuck up her clothes and run until she climbed another hill which was later called Al-Marwa and she would reach the top and look in the horizon if she can see anyone, knowing her son is twisting and turning in pain so Hajar(as) is running up and down these hills. Though she did that seven times, the seventh time when she reached the top of the hill. She heard a sound. She was staring around to see where that sound is coming from.

But to her amazement she saw that the sound was coming from beneath the feet of Ismael(as), Jibreel(as) descended and was digging the well of Zamzam so the water was coming out from beneath his feet. Hajar(as) was rushing in happiness to the source of the water and because it’s a dry desert, she started making a pool around the water to contain it because naturally she thought it would soak up all of the water in the sand.

If you are having a hard time, have faith in Allah(swt) and know that good time is coming.

Pause for a moment and imagine what happened to Hajar(as). What were her feelings when she was running up and down those hills? Her heart must have been broken. She might have been crying because of the pain and suffering, of seeing her son die in front of her eyes. Hajar(as) was a believing woman she was a righteous woman, Allah(swt) was testing her and Allah(swt) was hiding for her something in the future that she didn’t know.

So at the time naturally as a mother she must have been in extreme pain. Seeing her son crying and she’s in the middle of nowhere, running up and down these mountain. Now just imagine if Hajar(as) was resurrected at the time of Hajj and she got the chance to see what Muslims from all over the world are doing and Rasul’Allah(saw) said when he was mentioning the story of Hajar(as) going up and down a Safa and Marwa, Rasul’Allah(saw) said;

To all those who are reading, as a Muslim as a believer when you are going through these trials you might have a certain mindset, you might have a certain feeling but you don’t know what’s waiting for you on the other side. You don’t know what Allah(swt) is hiding for you in the future. This is the gift. This is a present. That Allah (swt) has given Hajar(as) in dunya. Just think about what Allah (swt) will give her in Akhira.

When we go through some difficult situations, Allah (swt) puts us through trials and tribulations, the reward is greater. Let’s always remember this, that Hajar(as) went through this and Allah (swt) provided her with something better and was hiding from her.

Deen Ali, who writes on his blog, Deenblog. Deenblog talks about life, spiritual fulfillment, personal mastery and holding on to one’s Islamic roots, with the goal to connect Muslim Ummah and get them talking about Islam, entrepreneurship and self-improvement. 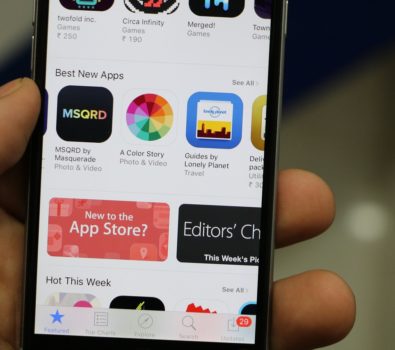