Ramadan Kareem! May you all gain the rewards of the blessings of Ramadhan. Yes, Ramadan 1441 Hijri (or Gregorian year 2020) is different from what we or our parents are used to.

Being in lockdown, stuck in our homes while our mosques are closed, no more community iftar, or even Ramadan Bazaar, it can seem a little bit depressing for some. As Muslims, we should always look at the goodness in anything destined on us. So let us look at what goodness being at home during Ramadan means.

How is being at home in Ramadan reviving the Sunnah? Isn’t it the norm to be in a masjid for Taraweeh prayers? Or breaking the fast, the iftar, with the community as the norm?

While being in a pandemic has led to many new norms, such as social distancing, staying home, and so on. Being at home during Ramadan is not the new norm. It is the original ‘norm’ that happened during the lifetime of Rasulallah s.aw.

During the lifetime of Rasulullah s.a.w, he only prayed three nights of Taraweeh in a masjid in a congregation. This is because he feared that Allah s.w.t would make Taraweeh prayers an obligation, and our beloved Prophet Muhammad s.a.w did not want to burden his ummah with this additional prayer.

In fact, Rasulullah s.a.w. and his companions prayed the Taraweeh prayers in their own homes, with their family members. For iftar, it was not a community iftar, but just a simple, modest meal to breakfast with their families in their homes.

It was only during the ruling of Khalifah Umar ibn Khattab, the second caliph after the passing of Rasulullah s.a.w that he made Taraweeh prayers in mosques as a norm. He wanted to do this so that the Ummah would not forget this wonderful prayer.

Elevating Your Status During Ramadan

Alhamdulillah, one of the best things about staying home during Ramadan is that the head of the family gets to be the imam for all the prayers. This includes the Taraweeh prayer, where previously only the hadiths, and qaris would have been granted this status.

Now, the head of your family, gets this status too! Mashallah!

This year, we will all experience a more modest Ramadan. No more lavish iftars, community iftars where some food goes to waste, inshallah.

Ramadan in the past has been a case of wastefulness. Not because of Islam, but because of us Muslims, who would spend lavishly to cater for the iftar food. In Malaysia alone, over 120,000 tonnes of food goes to waste in Ramadan in the past. Inshaallah, this won’t happen this year, if our meals are prepared modestly with family.

Many places many Masjids are still preparing food for Iftar but this year it will be sent out to those who really need it or more accurately more deserving.

Ramadhan use to be an economic driver, caterers received orders to prepare food for iftar, hotels offered lavish buffets at a hefty price, even Imans are imported from Saudi and Egypt because of their melodious recitation during Ramadan. This year wives have to stand pray Taraweeh behind their husbands and listen to his imperfect tajweed

This year we are brought to the realization that Ramadan is not about economics it is about worshipping Allah. 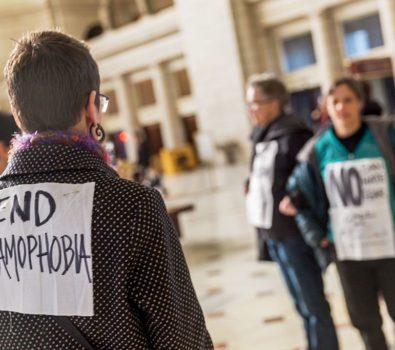