This is part of a halal travel series, where once a month, we will showcase halal travel ideas for Halalop. This article was originally written in Arabic and has been translated into English. It is written by Asmah Qadah, a Malaysian travel blogger.

During my 18 years in Malaysia, one of the Malaysian cities that I frequented several times a year on weekend trips is Ipoh. It is reasonably close to Kuala Lumpur only two hours’ journey by road. Ipoh is blessed with some of the picturesque nature and many attractions that are not known to travelers. It also has many good local and international restaurants, which – again – not known to many tourists.

What you should know about Ipoh

Ipoh is the capital of the state of Perak, a state that is surrounded by many mountains and stone hills, It houses  some of the biggest caves in Malaysia. It is the third-largest Malaysian city after Kuala Lumpur. Ipoh once was a thriving city of a heritage built previously for the rich profited from mining-related ndustries, especially tin. Perak has attractions such as highland such as Cameron HighlanHeights Gate(Cameron Highliand) and Pangkor Island  to sandy beaches like Pangkor. My heart fell in love with the views of massive stone mountains, trees and forest there is something magical in them.

How many days is enough to visit? 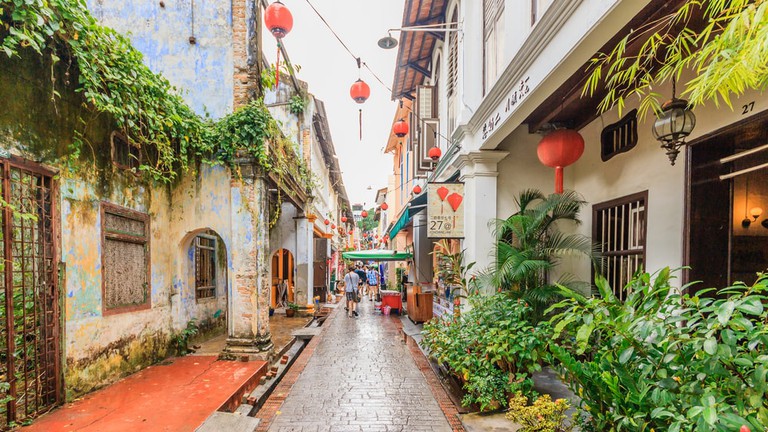 I often spend two nights at most if we want to visit new places and if I just want to visit one place I would make a day trip. It is good of you plan your trip, know where you are going so you can make the most out of your trip.

If you really want to explore what Ipoh has to offer even a week would not be enough.

Weather and Climate in Ipoh 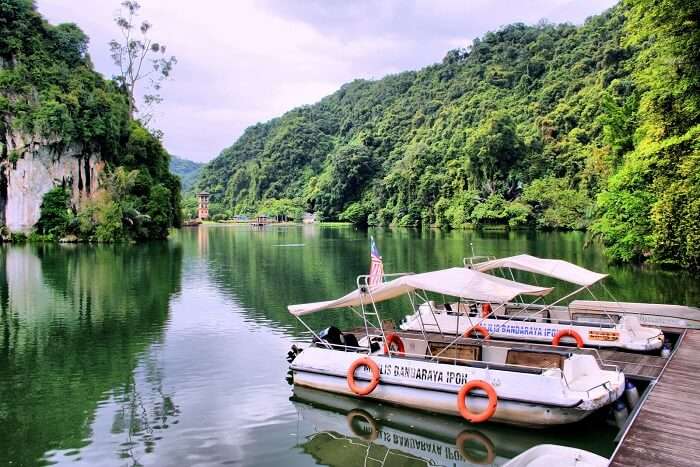 Like the rest of Malaysia Ipoh too has a tropical climate, with temperatures fairly constant throughout the year. You can expect rain and thunderstorm fairly often. The wettest months range from October to December and slowly decreases in January and February. Ipoh is accessible both by road and rail. It is about 2 hours if you depart from Kuala Lumpur or Penang. There are plenty of land trips provided by comfortable buses to and from these two cities. In addition to other cities of course. Tickets range from RM20 to RM27  depending on the company, bus type and departure time. It is also accessible by Express ETS from Kuala Lumpur  ( KL Central) or Penang  which has frequent trips throughout the day.

In both cases I recommend that you always book your tickets at least 3 days or a week in advance especially if your trip is over the weekend. You can do so at a dedicated bus and train booking website

How To Get Around In Ipoh

Public buses run from Terminal Amanjaya to the city center every half hour alternatively you can always use e-hailing services like Grab or Mycar. You can also take a taxi but it is going to cost you double the fare if you take it at Terminal Amanjaya.

Hotels and Accommodation in Ipoh

After staying in hotels after repeated visits what I can tell you is that the service varies but there is a few hotels which gets better than before after every visit. These hotels like Meru Suites at Meru Valley Resort and Casuarina.

The hotels that I love the most and my personal favourite is the The Banjaran Hotspring. I can confidently say it is one of Malaysia’s best hotel and resort.

It has all the requirements and services for those looking for a beautiful and quiet place to relax away from the hustle and bustle of the city. The result is only for adult so children 12 years old and under is not allowed. The villas each has its own private pool and some even have its own hot spring.

But if you prefer to stay in a hostel you and go to hostelwold.com or Booking.com. Ipoh also has a long list of budget hotels that you can choose from.

Apart from its natural beauty Ipoh also famous for its theme parks. The lost world of Tambun is one of the famous park that I visited several times over the past year. It is one of the most sought after place for young people. The water park is one of the largest of its kind combining family activities and thrilling water slides and games.

You can also  enjoy  massages and relaxation. There are also air conditioned cabin that you can rent. It is one ot the place that you must visit.

Movie Animation park is another attraction, where there is theme parks ride, and shows including Motorcycle stunts action show. The good thing about the park is there is no entrance fee, you can only just pay for the rides and show that you want to enjoy. This makes the park accessible to everyone.

The park sometimes is being used to hold events, So be sure to check before you come because it can be a bit too crowded