A few years ago we wrote about what science found out about what successful people had in common. The successful trait was Grit, and the scientist and professor at the University of Pennsylvania, US, where, Angele Lee Duckworth, became famous from that study.

The Science of Success

The study was about grit and self-control, where she studied children and adults in challenging situations. The study found successful people had better self-control and more importantly, grit, where passion and persistence toward long term achievement, matters more.

The study came about after her work with her professor, Walter Mischel who studied self-control.

The Study of Will Power and Self-Control

Have you heard of the famous marshmallow test?

It was one of the most famous studies in given a choice whether to have one marshmallow now or wait 15 minutes to have 2 marshmallows. The experiment, done in 1970, was to test the children’s ability to maintain self-control for a bigger reward. They tested the children at the age of four and followed-up on them, as teenagers and adults.

The researchers, led by Walter Mischel who was a Standford University professor, found that the children who were able to wait 15 minutes to receive 2 marshmallows, now as teenagers, scored higher results in their scholastic aptitude test (SATs) for high school leavers compared to those children who did not wait for the full 15 minutes.

The study then followed the children into adulthood and found those who had waited for 2 marshmallows had better careers and lower debt.

Another researcher and Psychology Professor at Northeastern University, David DeSteno, found that although grit is a key success factor in determining whether a person will succeed or not, he found that this factor alone is not enough.

The suppression of emotion through the ability to harness will power is not enough. This is because people constantly deal with stress, and when in stressful situations, 1 out 5 times, people tend to give in to temptations and let go of their self-control, such as getting angry or indulging in harmful activities.

By just relying on grit, or will power, a person would also rationalize why we give in to temptations or procrastinate from our goals.

However, he found that people who had expressed gratitude in their lives have more self-control. This is because of people who are grateful value the future more and are much more patient.

“The more gratitude you feel in life, the more patient you are.”

Essentially, when a person feels grateful, he becomes more future-oriented, by valuing the future more. Hence, it is easier to have self-control as the mind is no longer in conflict with immediate gratification. Gratitude is a booster shot for self-control.

To cultivate gratitude, he suggested gratitude journaling, where a person writes down the things he is grateful for, for five minutes a day for the little things that happened to you today as well as the bigger things in your life.

Gratitude In The Workplace

Surveys by Glassdoor also found that 81% of employees would be happier in the workplace, and are motivated to work harder if their boss show appreciation for their work.

Gratitude In The Quran

The first chapter of the Quran starts with ‘Alhamdulillah’ which is generally translated as “all praise is for Allah.” However, it is more than just praising Allah. The wider meaning is “all praise and thanks be to Allah”.

In the Quran, Allah has promised to those who are grateful to Him will be rewarded.

” And whoever is grateful, he is only grateful for the benefit of his own self” (Luqman 31:12).

“…This is by the grace of my Lord! – to test me whether I am grateful or ungrateful! And if any is grateful, truly his gratitude is (a gain) for his own soul; but if any is ungrateful, truly my Lord is free of all needs, Supreme in honor!” (Surah an-Naml 27:40)

Gratitude In the Sunnah

Is it enough to just thank God? How about to the people? Whether it is to our parents, partners, family members, or just any other person, Muslim or non-Muslim, giving thanks to people is part of being grateful to Allah. In an authentic hadith, Rasuallah has said,

“The Prophet (ﷺ) said: He who does not thank the people is not thankful to Allah” (Sunnan Abu Dawud).

So the next time your staff, or spouse, or parent, or child, or neighbor, or just a stranger, does something good for you, just remember to say thank you. And of course, say Alhamdulillah! 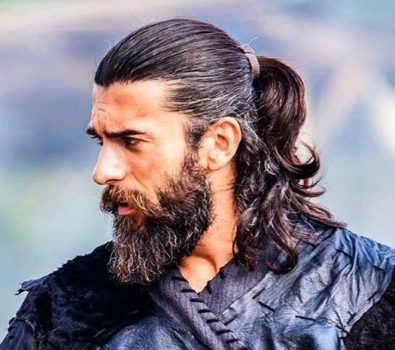