Social business is an interesting concept. It is a business that is based on creating value and charging a fee for that value but only at its self-sustaining level.

Using a market-based approach, the social business builds a business model that is not dependent upon outside funding (donations/grants) to continue operation. Profit-making is only there to ensure that the business entity is self-funding, and the objective is not for wealth maximization but to solve a particular problem in our society.

Where for-profit businesses shy away from solving pressing problems plagued in societies around the world because they may not be profitable enough, social businesses take on these problems and provide solutions using for-profit market forces at almost-charity level charges.

Don’t believe us? Here are some examples of how social businesses help solve world problems.

1) Solve rural electricity supply – by selling solar power via solar-as-a-service in rural India. This allows homes and small businesses to light up, cool down and for businesses to be open for businesses.
2) Open fire cooking costs lives – with smoke and carbon dioxide being released indoors causing indoor pollution. Indoor air pollution causes 4 million premature deaths around the world. This company came up with a cleaner, more economical indoor cooking stove that saves families from air pollution and some money too.

4) Build homes with plastic bottles for refugees, and create jobs in the process.

According to Islamic principles, the earth’s resources are to benefit all of mankind, not just a few. The principles of social business or social entrepreneurship enable a balance between creating value to society whilst not necessarily having a profit-only motivation.

For example, part of our faith is to seek protection in the form of du’a against suffering from poverty because it can lead a person away from faith. Furthermore, being in poverty renders to a person less able to carry out his individual, and social duties. Similarly, the hadith of the strong person is more beloved to Allah than a weak believer, even though there is good in both.

Both of these concepts suggest that we Muslims need to be strong, economically and physically, in order to benefit ourselves and our society.

Taking Advantage of Capitalism for Good

The idea for a social business is popularized by Nobel Prize winner, Muhammad Yunus, who started the Grameen Bank in Bangladesh to provide small-scale finance to the poor. His latest book, A World of Three Zeros, he criticized the simple economic notion that man is a selfish being and will only create for-profit entities. He aims for the world to be of zero poverty, zero unemployment, and zero emissions.

He asserts that capitalism is broken. “It’s a system which, as you mentioned, eight people owning more wealth than the bottom 50 percent of the people. It’s a system which is like a machine which is sucking up wealth from the bottom and transporting it to the top. So the top is becoming a big mushroom of wealth. And then, 99 percent of the people is like the stem from the mushroom hanging there. And that stem is becoming thinner and thinner. The portion of the wealth devoted to bottom 99—or, the 99 percent—we don’t say “bottom” anymore—becoming smaller and, regrettably, the top becoming bigger and bigger.

So this is a ticking time bomb. Anytime it can explode—politically, socially, economically and so on….”

Humans Are Born Entrepreneurs, Not Employees

To fix this problem, Muhammad Yunus puts forward a theory where humans are born to be entrepreneurs, but as humans, we are neither 100% selfish or 100% selfless. Humans are somewhere in between. The role of social business enables this balance of fairness in social business that can co-exist with for-profit businesses.

Furthermore, he contends that the current economic system is making most of us employees, and setting us up to work for people when it is against our human nature.

Instead, we are naturally born to be entrepreneurs, solving problems by starting a business.

Social Business is still relevant today and in the future. 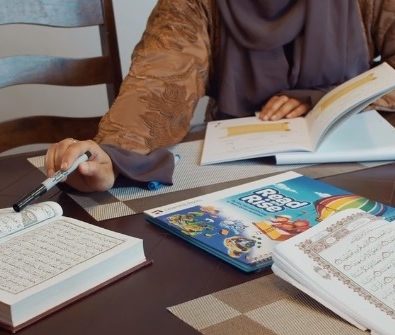